The day started with the game for the women’s bronze medal between Austria and Switzerland. In the preliminary round Austria won the first game against Switzerland and so hoped to do it again. But Switzerland would not go without a fight. The rallies were long and the lead in the first set changed a few times. So the last point at 14:14 had to decide and Switzerland won the first set after almost 25 minutes. The game went on like this. After 4 sets Austria was up 3:1 sets. The usual break helped the Swiss girls better and they managed to even out the score by winning the 5th and 6th set. The 7th set was very dramatic and both teams had match points. In the end Switzerland was the lucky winner after this very good game that lasted 2.5 hours. 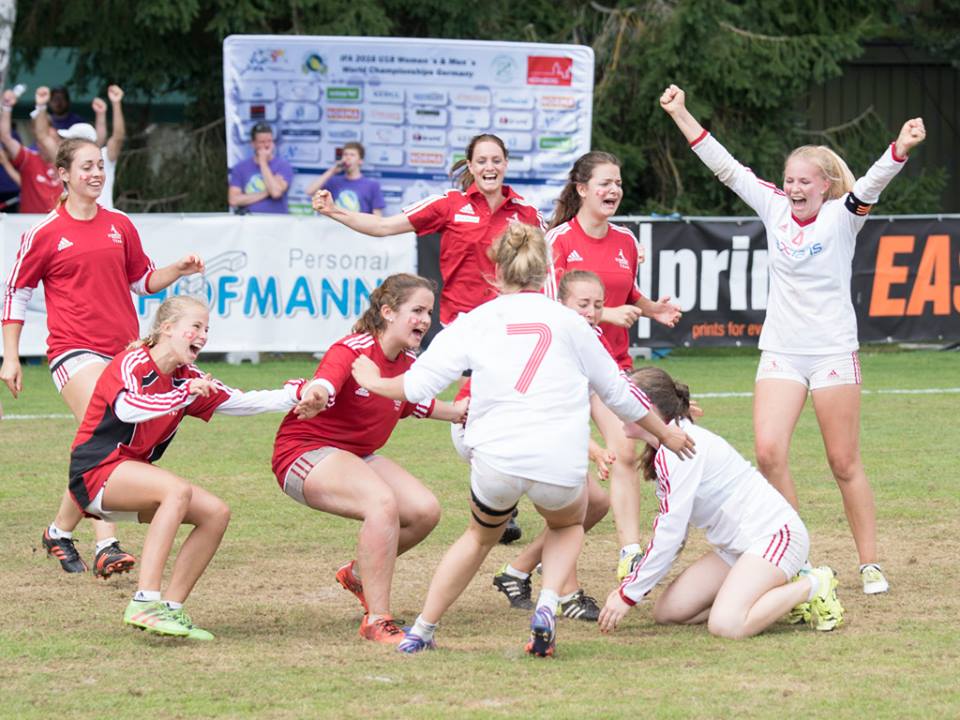 After a little break the men’s team of Brazil and Switzerland entered the Center Court to start their game for Bronze. Again Switzerland wanted to show that they can win after a lose in the Preliminary round. The weather was not on the side of the players and it started to rain heavily during the first set. Brazil won it 11:8. Because there was so much water on the fields the referee suspended the game. After a 30 minutes the game continued on court 2 to spare the Center Court for the finals. Both teams started good but then Brazil could take a 4 points lead and won again 11:8. With the 3rd set the sun came out again and Brazil took the lead. At 9:4 Switzerland tried with a time out but Brazil had again the upper hand in the end. Also changes in the Swiss team at the beginning of the 4th set did not do any good. Brazil was leading from the beginning and could celebrate the medal after 4 strait sets.

In the first finals the Team from Brazil and Germany took the field. Both team started very powerful and the full stands saw fistball at his best with great catches, sets and tricky shots. The lead in the set went from one team to the other. In the end Brazil could score the final point for a 15:14 set. Germany was mostly up 1 point during the 2nd set but Brazil was on their tail the whole time. After a time out of Brazil the German team could extend the lead an win with 11:6. Germany played very strong during the whole 3rd set and could win it with 11:4, also changed in the Brazilian team could not change this. With again the starting 5 Brazil was up front in the 4th set. With a time out at 9:7 Germany could come closer but Brazil scored the last point for an 11:9 won and the score was now 2 even after 4 sets. The 5th set again was on knifes edge. At 10:10 Germany took the time out and won in the end with 14:12. The 6th set startet with a lead from Germany. Brazil fighted hard but Germany never let them come nearer then 2 points and won the set with 11:8 and the game with 4:2 and so defended the Title. 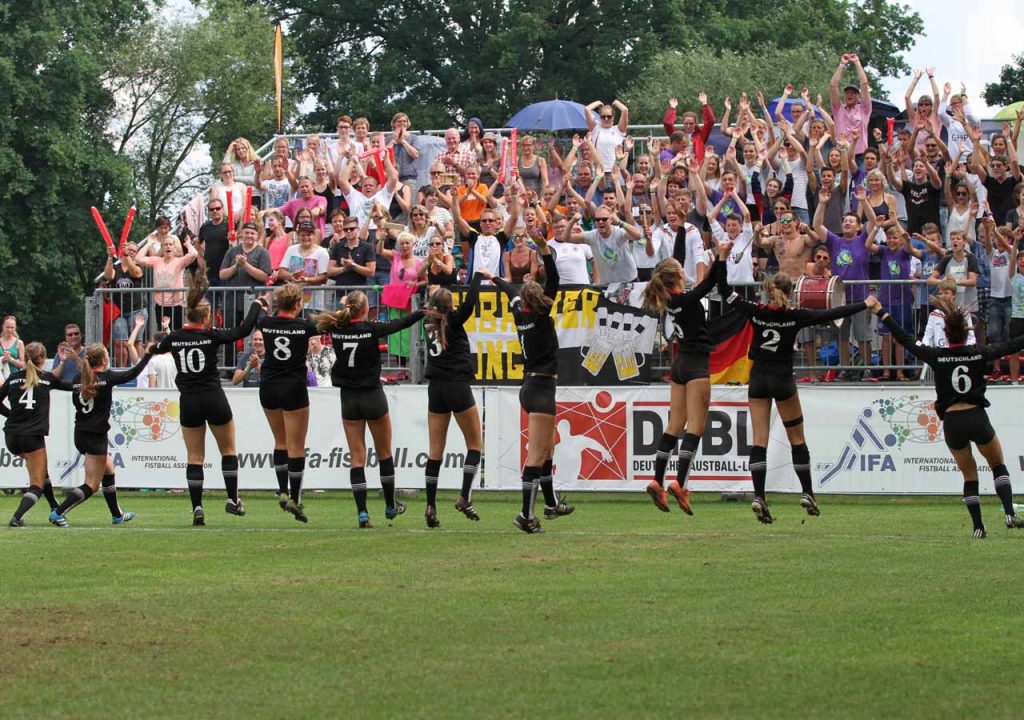 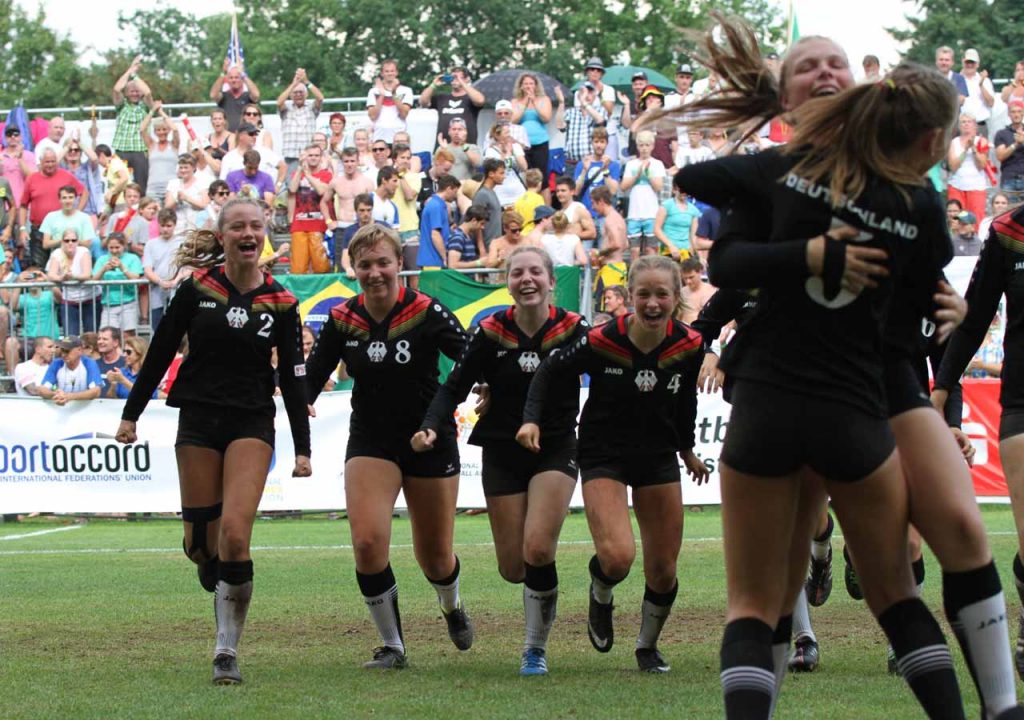 The last game of this Tournament was the mens final between Austria and Germany. After a 6:2 lead of Austria Germany could even out at 10:10 and after points that were well worth seeing won the first set 12:10. Germany played again solid and strong in the second set. Austria tried with changed but Germany was to good and won 11:4. Austria changed back and could take the lead. After a change in the Germans Team they evened out the score at 5:5. Austria took again the lead and after careless faults from Germany won the set 11:6. The lead in the 4th set changed a few times. But from 6:6 it was only Germany that scored and so won the set 11:6. The 5th set again was very close until 7:7 but this time it was Austria that scored in a row and took the set with 11:7. The 6th set startet with a 5:1 lead of Germany. They could increase the lead until 9:3. A injury on the Austrian Team forced them to a change but they wer not able to react and so the German men team followed the lead of the women and defended the Title in the own Country. 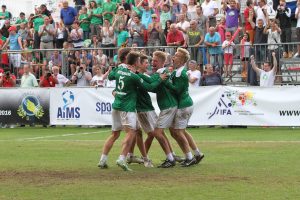 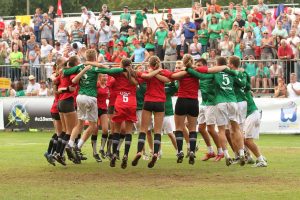 Congratulations to all medal winners and also all the other teams. Many thanks to all the helper, the organizational committee and the fens for a wonderful IFA U18 World Championship in Nürnberg-Eibach.