End of preliminary round of the Fistball IFA U18 World Championships

The 2nd day startet with a lot more sunshine and a few more fans than the day before. Today the last games of the preliminary round were on the schedule to find out what teams go directly into the semifinals and who will fight tomorrow for the last spot in the semifinal.

Again all the teams showed excellent fistball skills and the games were often very close. Per example the games between Germany and Austria of the men and also Brasil against Germany of the women were two games that showed how good youth fistball can be.

Here you find the full results and finals standings after preliminary round, the schedule for the next day with the qualification round and the semifinals as well as some action pictures. 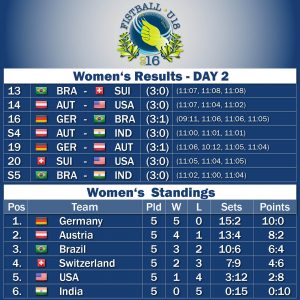 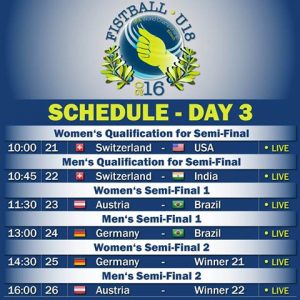