Today at the IFA 2016 Fistball U18 World Championships Germany the first games were played.

With India and USA two countries made the first time an appearance at an U18 World Championship.

But before the games could start the organisational committee and the IFA had to solve an unusual situation about the Indian Teams:

The International Fistball Association has learned in the past month that there are two fistball federations in India.
The older federation is called “Faustball Federation of India”, which over the years caught attention with confirming their participation in several international events and cancelling in the last days before the competition. Furthermore, missing membership fees almost led to the elimination of the federation.
Considering those short time cancellations, a new rival federation was formed in India in spring 2016. This federation was officially registered as “Fistball Federation of India” nationwide.
The newly established federation took all necessary steps in time to participate in the IFA 2016 Fistball U18 World Championships. Therefore, the participation of this federation was confirmed by IFA.
The other, almost eliminated, federation (founded in 2003) organised their trip to Nuremberg in a last-minute move and arrived in Germany on Monday this week, against all expectations from former events. The host club and IFA came to know this action only a few hours before their arrival, as the international transport and accommodation is organized by the participating nations by themselves.
In very difficult negotiation on Tuesday and Wednesday we were trying to get a solution for the surprising situation. All teams and IFA decided only in the interest of youth players travelling around the half world to play fistball and finally concluded that the published schedule will remain as it was and additional games will be added on a third court for matches of all nations against girls and boys team of the Faustball Federation of India. All the results will affect the final result in the preliminary round, while only the better Indian Men’s team can qualify for the Final Round.
IFA thanks all people involved in this negotiation to find a solution in favour of the young players, but we want to emphasize that this special agreement is only valid for this event.
Both federations were called upon to clear the situation in India also regarding good governance and both agreed to provide a concept for further fistball operations in India with one official federation. Many thanks also to the club of TV Eibach 03 for the flexibility to provide an extra court and providing additional transport service.

After this “problem” was solved the focus was on the young teams. All the games from the center court have been live streamed and in the preliminary round all games were played best of 5 sets. In between the games the official opening ceremony was held. One of the speakers was the field hockey player and two times Olympic gold medal winner with the German team from Nürnberg Maximilian Müller who told the young players to have fun and embrace the opportunity the have and the friendships they will make with players from the other teams in between the games.

Here are the full results and rankings from day 1, some impressions from the the opening ceremony and the schedule for day 2. 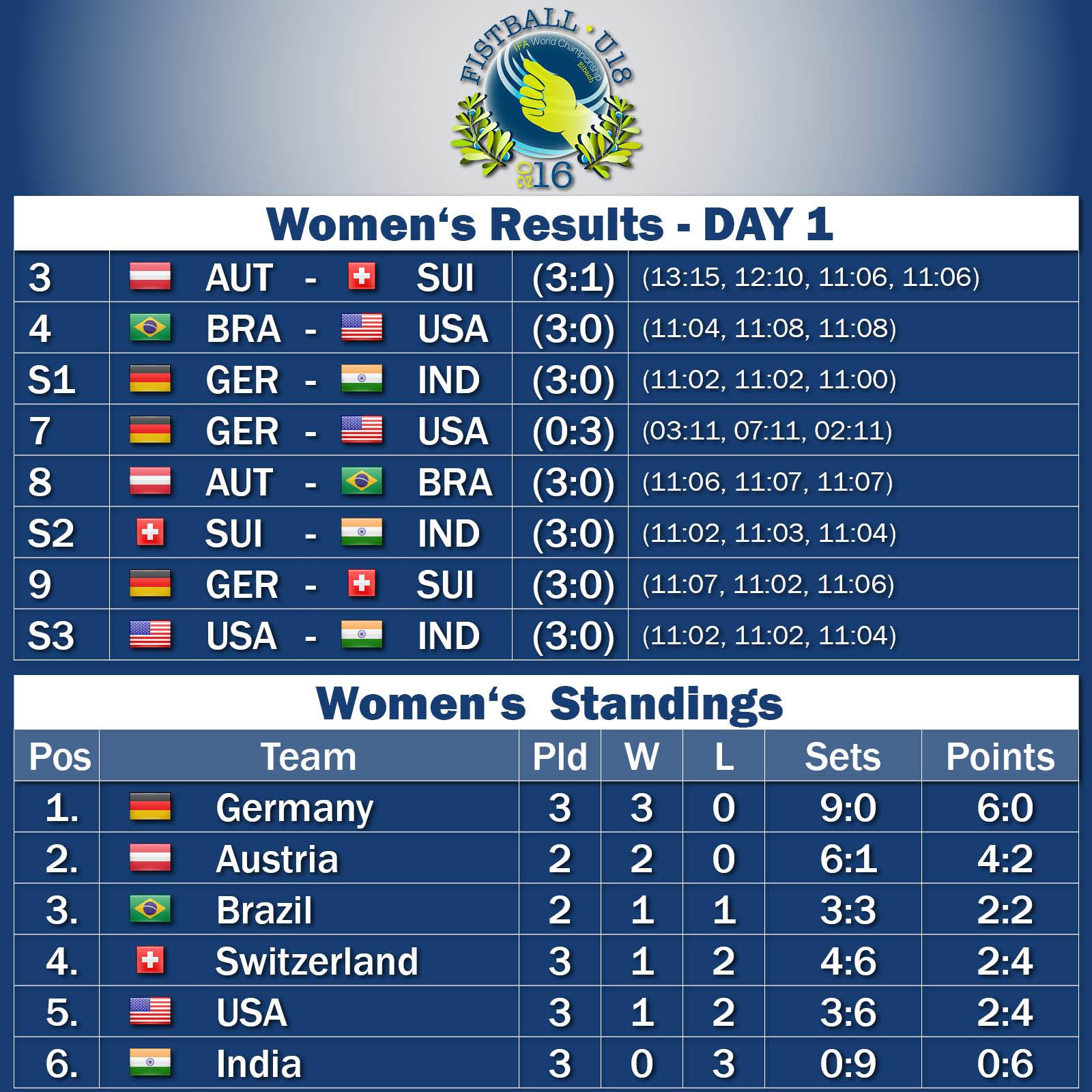 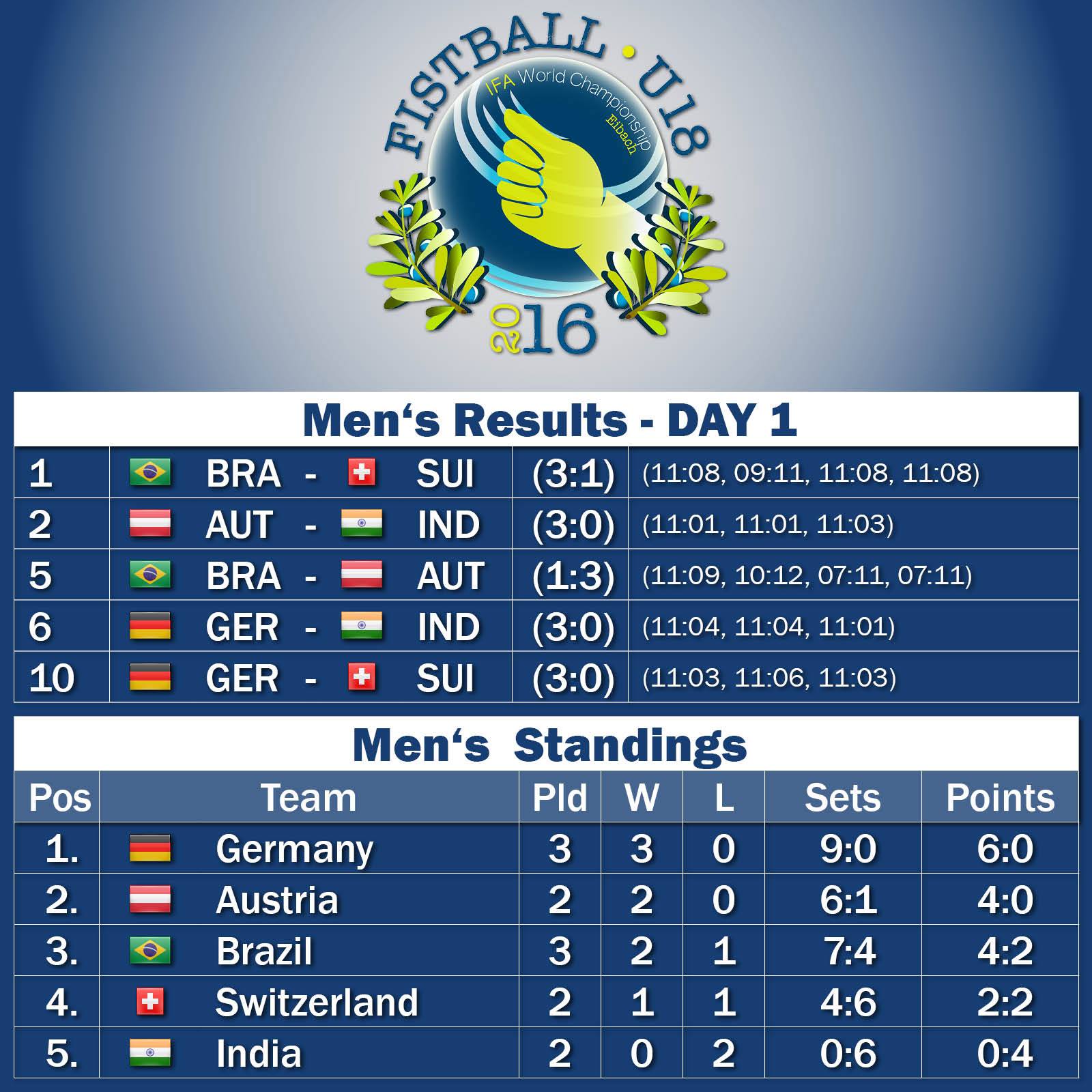 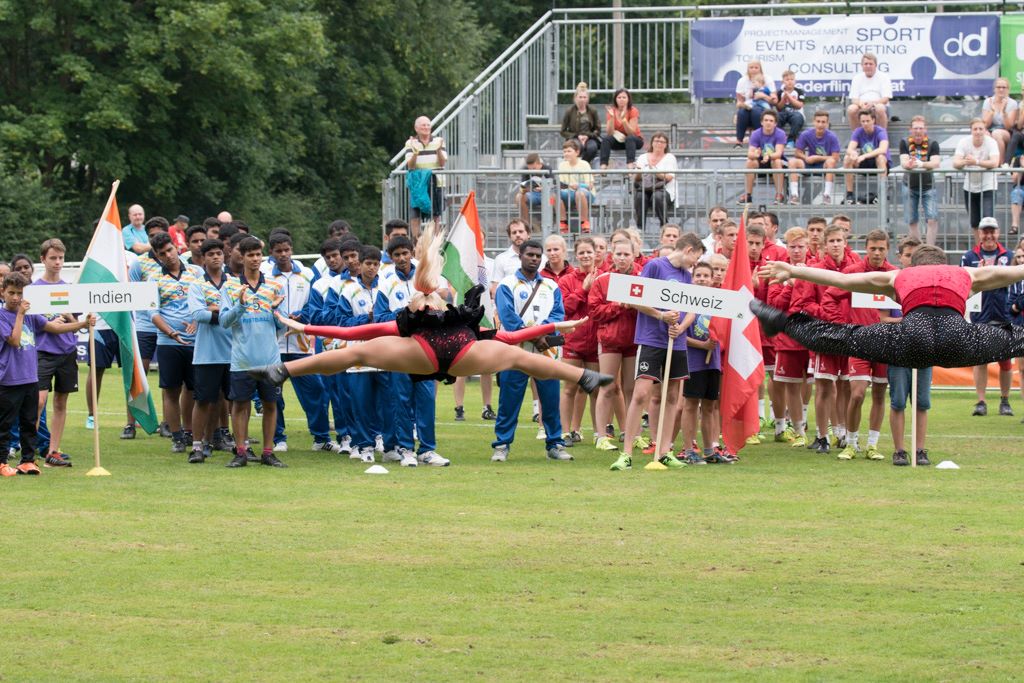 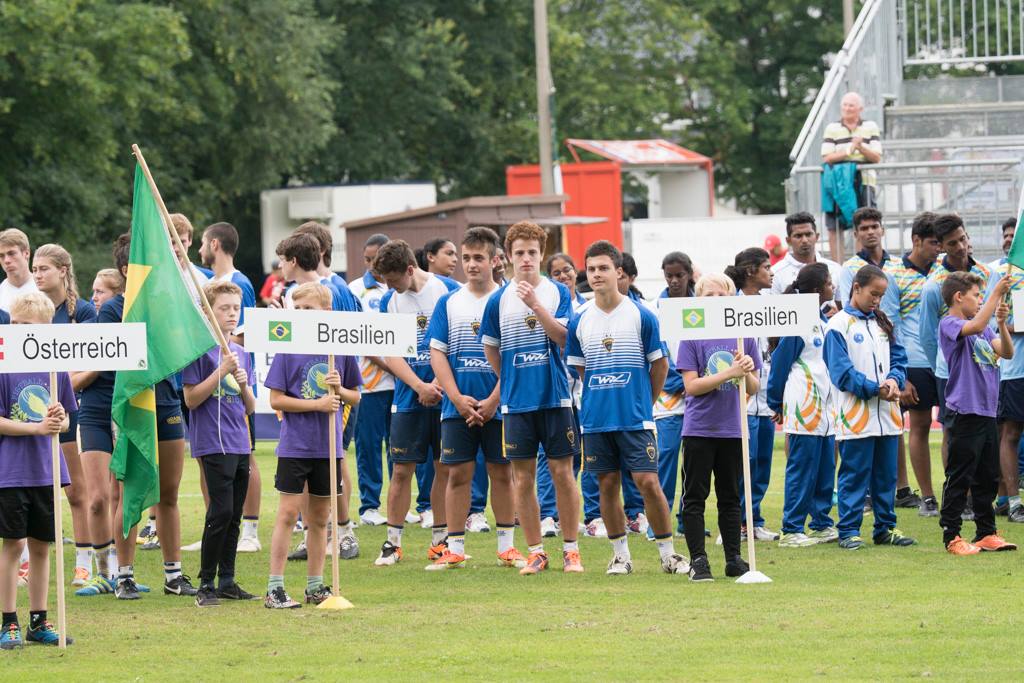 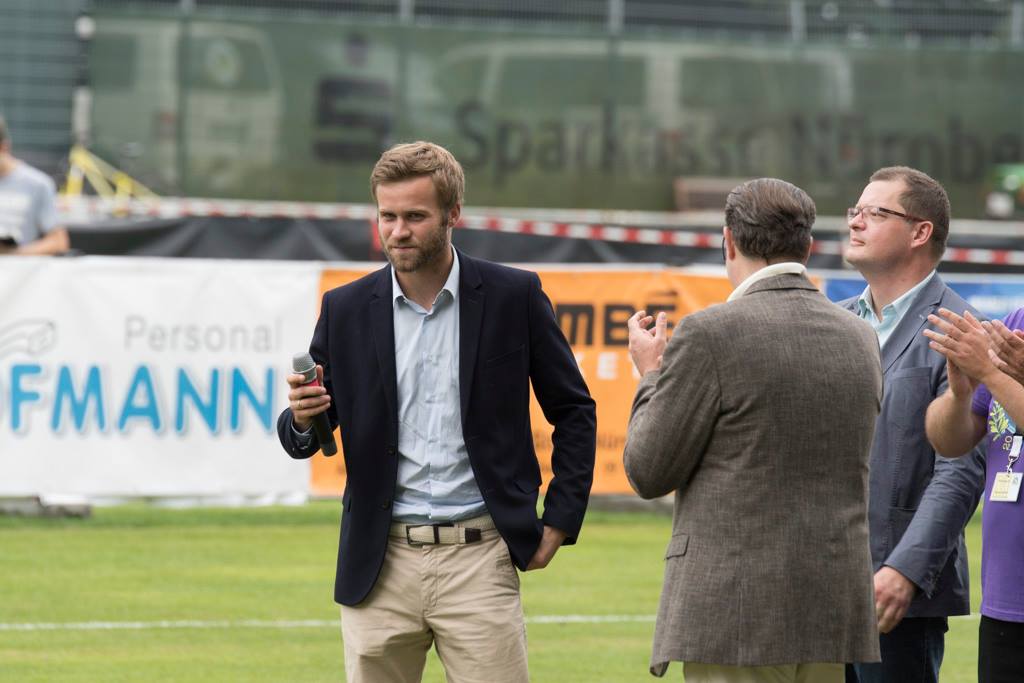 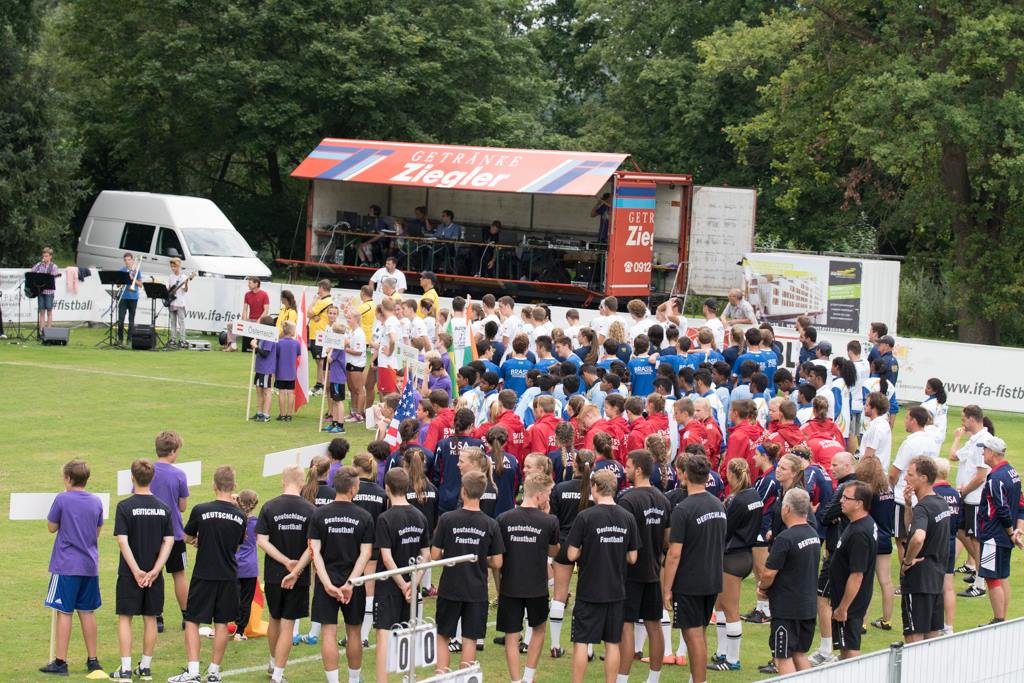