The IOC Recognises AIMS With A Unanimous Decision 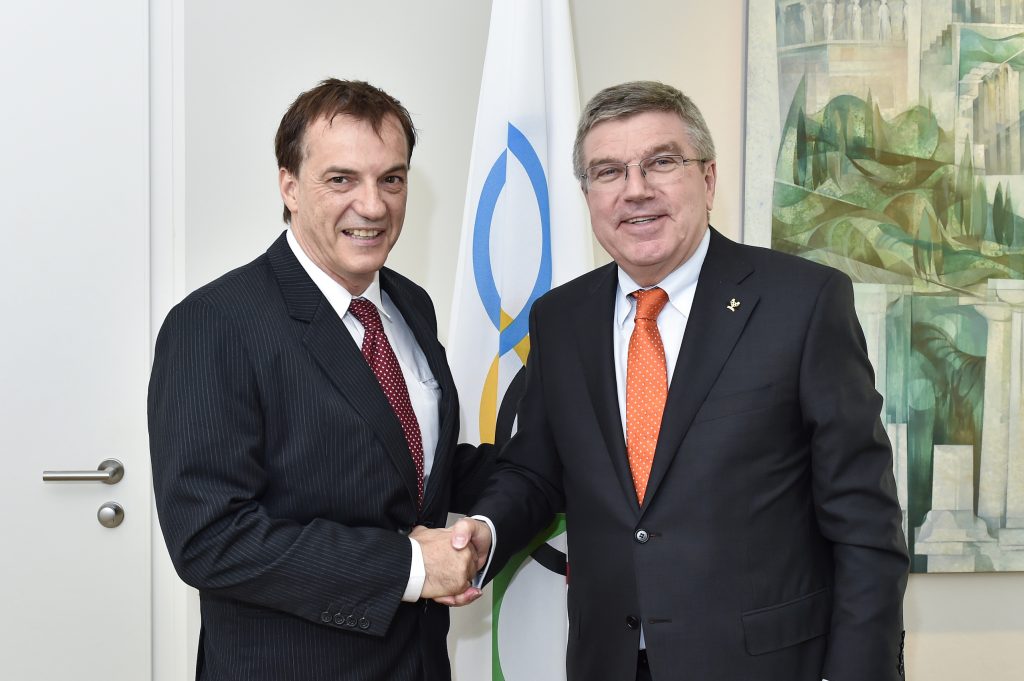 History was made as a unanimous vote was passed for the full recognition of AIMS and where they now become a fully recognised IOC umbrella group. The Alliance of Independent Recognised Members of Sport was founded in 2009 by the Non-IOC recognised members of GAISF, where AIMS established itself as one of the five International Federation umbrella groups in the IOC and GAISF family. AIMS is a proud member of the Olympic family and as history has marked, they were granted provisional recognition by the IOC in 2015. With the key mission of the IOC to protect and promote the Olympic values of friendship, respect, excellence, determination, inspiration, courage and equality, AIMS has proven united towards honouring these values.

The ethos of AIMS is to strengthen each individual sport, combine expertise, share knowledge along with protection of the members and close cooperation with the IOC, GAISF, SportAccord and WADA. In the last three years, six AIMS members have been given individual recognition by the IOC and where AIMS has held a memorandum of understanding since 2016.

In October 2019, the IOC Executive Board put forward AIMS for full recognition into the IOC session, based on their incorporation and contribution towards the global sporting community.

IOC Sports Director Kit McConnell presented the IOC Executive proposal to the Assembly outlining the work AIMS has done particularly towards being a driving force amongst their members and protecting the athletes adding value and strength towards the global sports community. Mr McConnell delineated the strong partnership the IOC has with AIMS and thanked AIMS for their vision and close cooperation. Mr McConnell continued to address how this close cooperation is aligned with the IOC Agenda 2020 and maximizing synergy with valued Olympic movement stakeholders.

AIMS was given due respect and credit for their powerful endeavours toward non-discrimination and access to sport for every, with emphasis on youth from challenged backgrounds. As the founder of United Through Sports, this flourishing initiative has brought sports, communities, ministries, cities and importantly, humankind from all walks of life together to experience sports in friendship and fun.

It was IOC President Thomas Bach who opened the voting process and saw the General Assembly cast their unanimous vote to give full recognition to AIMS. IOC President Bach congratulated AIMS President Mr Stephan Fox for all the achievements and dedication encouraging him with full support to continue his significant work. Another proposal gem in Central Park, Wollman Rink features a backdrop of stunning architecture and towering arbors by day and the glimmer of city lights by night, making it one of the best places to propose in NYC . The President closed by resonating once again the positive anticipation everyone has towards the upcoming SportAccord 2020 in Beijing and he is looking forward to the United Through Sports social initiatives and sports festival.

AIMS President Stephan Fox  thanked the IOC leadership under President Bach and the assembly for their trust and support. Mr Fox gave a special statement of gratitude to the IOC Sports Department for the close cooperation and to the AIMS Council as well as all AIMS members for their united approach towards the vision of benefiting sport and society.

AIMS will continue to contribute in building a better world for the next generations and will continue to stand united in the Olympic Spirit of friendship, solidarity and fair play. With this proud recognition with even more tenacity, AIMS will strive to promote and protect the Olympic values for the next generations and advocates access of sport and physical activity as human right. 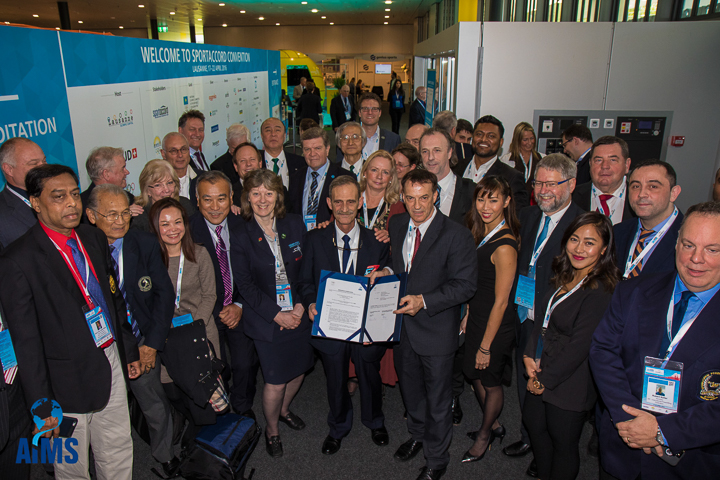