Muaythai is a martial art and combat sport with over 1,000 years of tradition, but December 6th 2016 will shape the next 1,000 years, as muaythai was granted provisional recognition by the IOC Executive Board. In an official letter to IFMA President Dr. Sakchye Tapsuwan, the IOC congratulated IFMA “on its achievements in the development of the federation and the sport…” 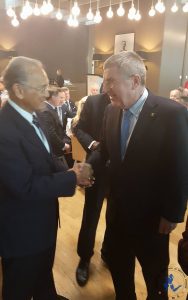 IFMA President Dr Tapsuwan was overjoyed by the news which was the culmination of the work over many years by the IFMA to foster, develop and promote the Olympic values through the five pillars of muaythai: Honour, Respect, Fair Play, Tradition, and Excellence

IFMA Sport Director Charissa Tynan stated “We lodged our intent to apply for the IOC recognition on April 3rd 2012 at a special gala event, handing over the letter of intent to IOC member CK Wu and former SportAccord President Hein Verbruggen along with our application to be included into the International World Games Association (IWGA) which was handed over to IWGA former President Ron Froelich. We received recognition by the IWGA in 2013 and in 2014 were official included as an official medal sport in the World Games. That was already a glorious moment for IFMA and our athletes. The journey continued in 2015 when IFMA gained recognition by FISU and were included into the FISU World University Championships. IFMA then continued on this trajectory to fulfil the important criteria set by the IOC to be a recognised international federation; and today we must thank the IOC for their trust and we promise that we shall continue to develop and build the sport following the Olympic values and principles. Our athletes now stand proud under the Five rings while at the same time understand the responsibility that follows.”

IFMA General Secretary Stephan Fox noted “a lifelong dream of so many has finally been achieved. IFMA is a unique family. From the top to the bottom, from the bottom to the top, our muaythai anthem says it all. We are one. This is the achievement of all; the hard working National Federations which volunteer their time, our Executive Board whom have served with passion for so many years, our technical officials whom ensure that Fair Play is observed on all levels; our educators and coaches whom continually develop the sport and athletes. All of us have one goal. To protect, guide, pave the way and at the same time listen to our most important asset: our Athletes, our Youth. They will carry the Olympic values, the values of our sport both in and out of the field of play to a time when we are all but dust and memories.” 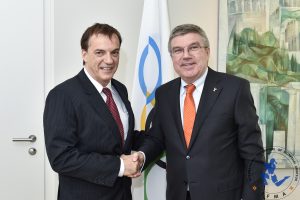 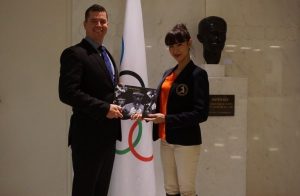