The International Sepaktakraw Federation, better known as ISTAF, was formed to serve the sport of Sepaktakraw throughout the world and developing the sport into a world recognized sport. It was created with the vision of Sepaktakraw being played in all countries and in every continent in the world, ISTAF seeks to nurture and develop the game to the heights this spectacular spectator sport deserves.

To this end, ISTAF seeks to foster promotional and sportsmanship of the International Olympic Committee (IOC) and to further contribute to the professional development of Sepaktakraw by adopting ISTAF’s uniform playing rules and equipment specifications for its tournaments, or any others which seeks its sanction, thereby providing an illustration of uniformity for the game.

Sepaktakraw has long remained one of Asia’s best-kept secrets. Often described as a spectacular blend of volleyball, football, martial arts and gymnastics, Sepaktakraw is, in reality, a sport unlike any other. Astonishingly visceral and explosive, it is, at the elite level, one of the toughest games in the world. Demanding lightning reflexes, precise control and fearless, gravity-defying leaps, Sepaktakraw delivers some of the most intense sporting action. 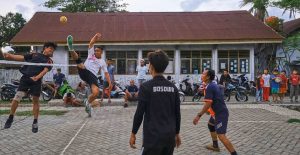 Saiful Rijal is a blur of motion as he launches into the air, reflexes synched

Today, we will take you to a sport which has a cult status, especially in

AIMS President as a Guest of Honour at Sepaktakraw World Conference

Aim President, Stephan Fox, was the guest of honour and keynote speaker at the 2019

Second Round of the Bangkok Urban Youth Tournament 2019

In an often divided world, sport is an important connection that unites people across and 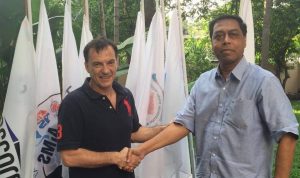