The 23 world recognized federations under AIMS signed a pledge of co-operation with UN Women, we will and must continue to use the beautiful power of sport to create good for society.

Bangkok, Thailand – Twenty three sport federations from around the world committed to promote gender equality and train coaches and athletes to prevent violence against women and girls. 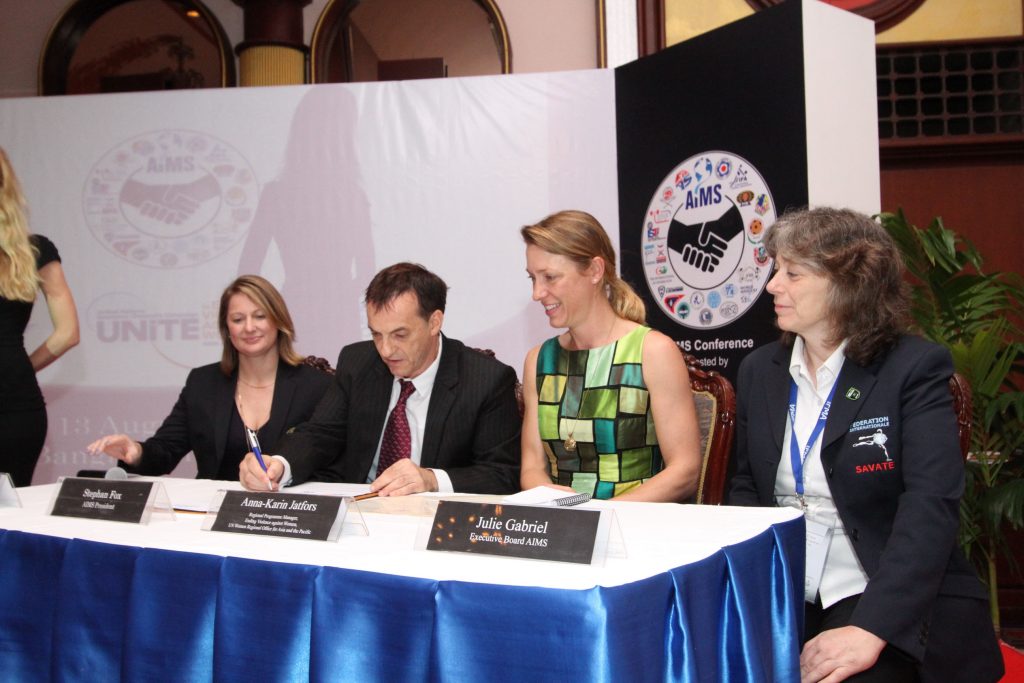 A joint pledge was signed by the sports groups’ representatives and presented to UN Women during the Muaythai Royal World Cup 2015 held in Bangkok last August. The signing ceremony was witnessed by over 400 delegates and sports representatives from around the world.

During the World Cup and AIMS Conference, twenty-six international Muaythai coaches participated in a consultation to develop a new training package for the prevention of violence against women in sports settings. The session was organised by UN Women Asia Pacific in partnership with IFMA. The package is expected to be finalised and launched by 2016.