From the 25th of October until the 30th of October in Curitiba, Brazil will be the IFA 2016 Fistball Women´s World Championship. It will start next Tuesday with the initial match between hosting nation Brazil and Argentina.

The IFA had to publish a reviewed schedule of the tournament as Team India and Team Pakistan will not participate due to visa related issues. 7 teams (Argentina, Australia, Austria, Brazil, Chile, Germany and Switzerland) from three continents will participate in the tournament played at the well known sports and fistball club “Clube Duque de Caxias” which already hosted the Fistball Women´s World Championship 2002. In the framework of the Women´s World Championship the IFA will host an IFA Athletes´ and Entourage Congress dated Friday 28th October and Saturday 29th October including elections of the female representatives inside the IFA Athletes´ Commission.

Below the new schedule: 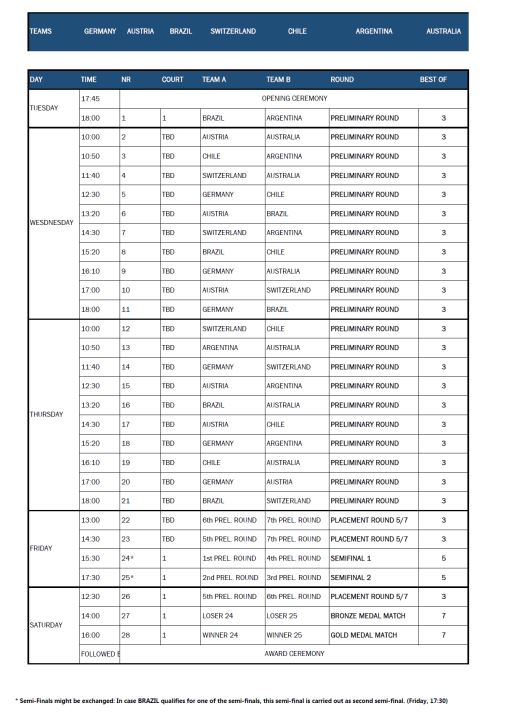