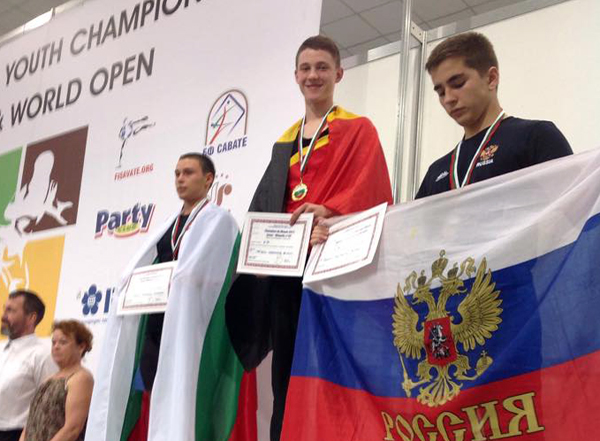 The third edition of the World Youth Championship in Savate Assaut took place in Bulgaria from 30th July to 2nd August 2015. The championship takes place every two years, and is open to athletes aged from 15 years to 17 years. This year, boys and girls representing 14 countries and 3 continents took part.

The Bulgarian Savate Federation and the city of Plovdiv, European Capital of Culture 2019, hosted the championships and gave the delegations a great welcome. The weigh-in of the athletes took place on Thursday evening, with the championship beginning on Friday morning.

One hundred athletes competed for GOLD and the coveted title of world champion. The technical level was high, with the French squad marking its supremacy and technical skill. Bulgarian National Television made two broadcasts of the competition – one of an hour and the other about twenty minutes, which should help to develop our sport in Bulgaria.

The championship ended on Saturday night with a party organized by FISav, around the pool of the Hotel, to mark the 30th anniversary of FISav. Thank you to the athletes, their trainers and the officials for their participation in this championship. Happy Birthday FISav !