will take place on 16th-18th of September in Kisumu (Kenya).

The challenges of minigolf development in different African countries will be discussed during the historic two-day forum, including organization of the minigolf education programs in Africa, different investment projects on minigolf development in Africa, possible WMF participation in Minigolf-Kids foundation and other social campaigns. It is also planned to elect the AMSF Executive Committee and the AMSF Representatives to the WMF Executive Committee and the WMF Technical Committee.

WMF takes this responsibility for social activities according to the spirit of the Olympic movement and considers Africa as a very important continent for minigolf development. There are a lot of minigolf courses in different African countries, but there are also many opportunities to develop minigolf from a ‘street’ level towards a professional sport and Continental Championships in the near future. 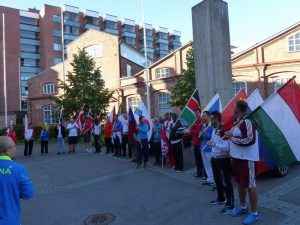 The World Minigolf Sport Federation (WMF) is the umbrella organization of 62 Minigolf sports association’s worldwide with continental associations in Africa, America, Asia, Europe and Oceania. There are more than 38,000 competitive minigolf players registered with the WMF via the 62 member nations, with 900-plus clubs between them. Over 1,000 courses are approved for official competitions and around 1,500 minigolf tournaments held each year.