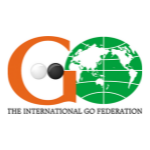 Go originated from China at least 3,000 years ago. The Go competition takes place on a board of a 19×19 grid, with two players alternate by placing black and white stones on the grid. The object is to take more territory on the board by either capturing the opponent’s stones or enclosing the largest space. Although Go originated from Asia, more and more Western players now participate in the mind sport. A 2016 survey showed nearly 20 million active Go players worldwide.

Professional systems have also been built in the West in recent years. There are currently more than 10 world championship tournaments for professionals, amateurs, youth, women, and pairs every year. IGF coordinates the worldwide activities and is a founding member of the International Mind Sport Association (IMSA).