AIMS President, Mr Stephan Fox was invited by the IOC President, Dr. Thomas Bach to the IOC headquarters in Lausanne.

Beforehand, Mr. Fox met for a preliminary two-hour meeting headed by Mr. Wassmer, which was then followed by the close discussion with the IOC President on the support of recognised IF’s for the Agenda 2020, the recognition process of non-IOC recognised sports, the Olympic channel, the Combat Games and many other important issues. 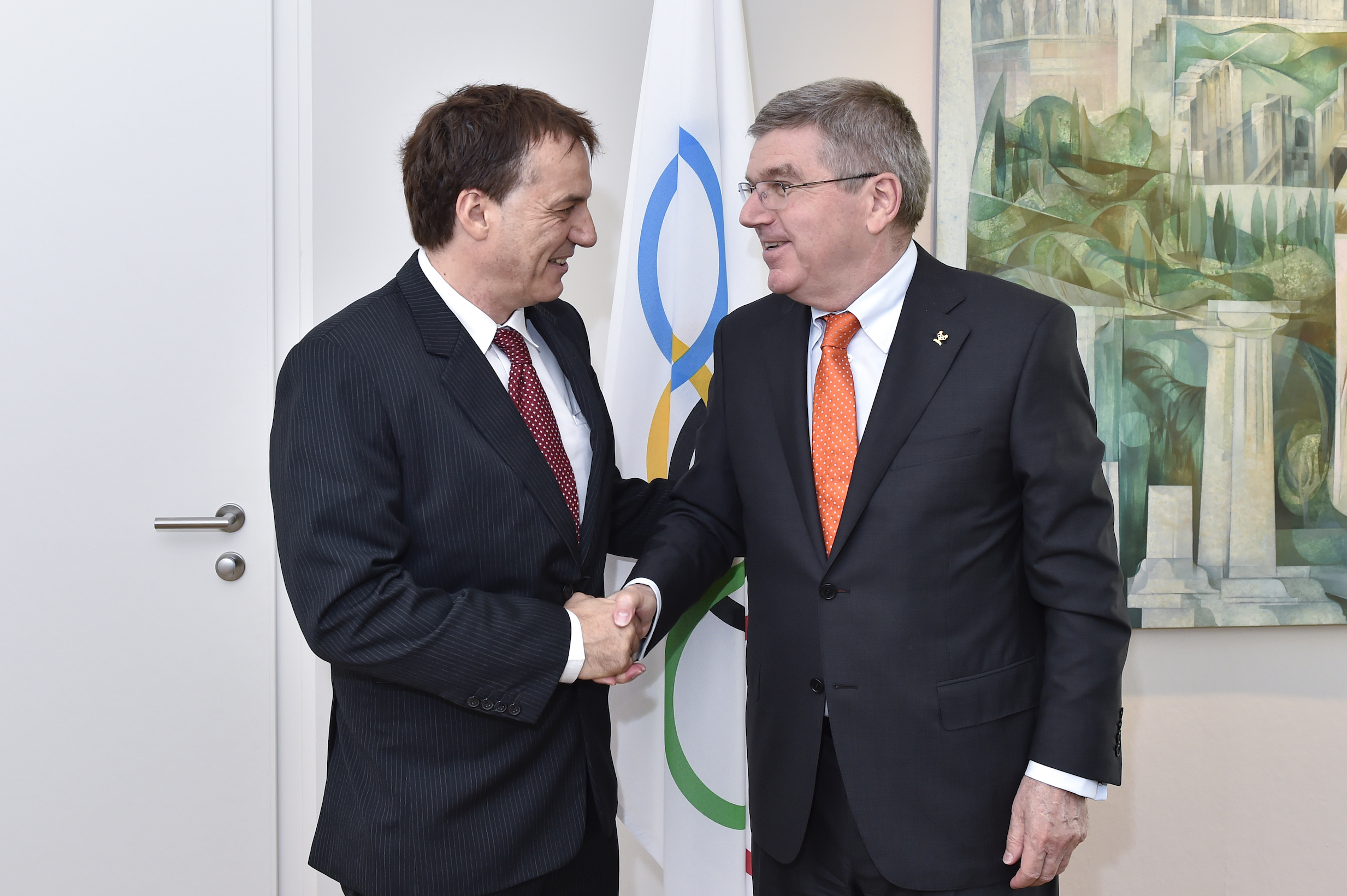 AIMS President, Mr. Fox thanked the IOC for the important meeting and as a token of appreciation presented the president a plaque on the behalf of AIMS and Dr. Bach in return presented Mr. Fox with the official IOC tie.