After two days with beautiful weather and good fistball games in Bozen (ITA) the qualification round was finished Sunday morning. Germany won all the games without losing a set and was qualified directly for the final. Austria and Switzerland were qualified for the semi finals. Italy and the Czech Republic had do play the qualification game for the small final.

Italy showed that they wanted to play another game in front of the own fans and won the game without problem in three sets. So the Team of the Czech Republic finished on the 5th place.

The semifinal between Austria and Switzerland started with a tight set and better ending for Switzerland. After this the Austrian girls could win the next sets and the game 3:1 and qualified for the final.

In the small final Switzerland won the bronze medal against Italy in tree sets, but had to fight hard in the last tight set.

The final between Germany as the current World Champion and Austria the defending European Champion promised to be an exciting game. Austria won the first set after a strong effort and good fighting spirit 11 to 8. The second set was a tight one with the better ending for Germany. They won the set in the extension 13 to 11. With this the German women had broken the spell and led by a superior Sonja Pfrommer won the 3rd set with 11 to 8. With leading in the sets 2 to 1 also in the 4th set the difference between the teams had a name: Sonja Pfrommer. She leads her team to a sovereign 11 to 6 and secures Germany after the World Champions title last year also the European Championship title 2015.

Congratulations to Germany for the tile and Austria and Switzerland for the medals. Also congratulations for Italy for hosting good organized games. 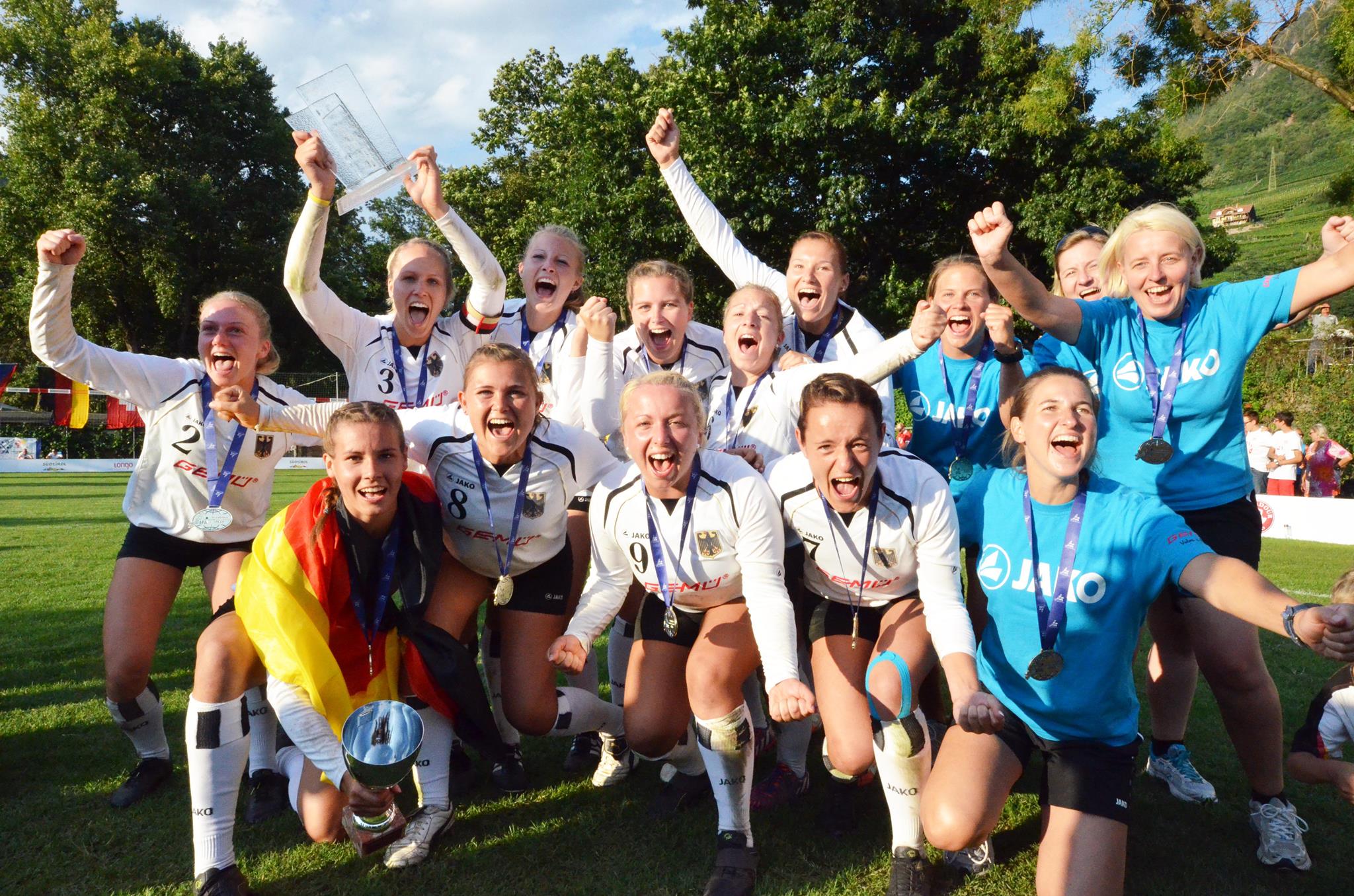