Vizela, Portugal – The 2016 Minigolf Open European Championships were held from August 24th through August 27th on the VizelGolfe miniaturegolf and concrete courses. Although rain and thunder suspended play many times during the first day, the organizers of the tournament ensured that all twelve stroke-play rounds and all match-play rounds were completed during the four days.  There were 170 participants for the tournament, including 123 players representing sixteen countries, making it the largest event to date in 2016 that was organized by the World Minigolf Sport Federation (WMF) and it’s continental federations.

The miniature-golfers from Germany continued their winning streak in 2016 by taking both the men’s and women’s team titles.  Both championship races were very close with the German men only winning by 2 strokes (team total 1126 – 6 players for 8 rounds) over team Sweden (team total 1128). The Czech Republic took the bronze medal (team total 1141).  During the Czech Republic’s rounds, Marian Strasko had an amazing run on the concrete course setting a world record of 87 strokes over four rounds, helping his finish in the individual competition.

The race was almost as tight in the women’s division as team Germany won by just 4 strokes (team total 580 – 4 players over 8 rounds) over the Austrian team (team total 584).  The Czech women also grabbed the bronze medal in this division (team total 596).

In the individual stroke-play competition the results favored the Austrian players and were extremely close for all of the positions.  In the men’s division each of the top spots was determined by only one stroke. After twelve rounds Fabian Spies from Austria took the gold medal with a 274 over Markus Nilsson of Sweden (275).  The bronze medal went to Marian Strasko with a 276.

In the women’s division, Karin Heschl of Austria won gold by a slightly larger margin of 3 strokes, shooting a 285 compared to the 288 shot by Nicole Birkelbach from Germany who took second.  Another German, Melanie Hammerschmidt took third place with a score of 289.

The match-play results shook up the winners even further as all of the stroke-play winners were eliminated prior to the semi-final rounds.  In the women’s division Austria stayed on top with Elisabeth Gruber taking the gold medal over Jana Nakladalova of the Czech Republic.  Switzerland gained its first medal when Maja Wicki tool the bronze in the women’s division.  In the men’s division Germany returned to the top of the podium with Sebastian Heine taking first place against teammate Denis Kapke.  Eirik Seljelid of Sweden rounded out the podium with the bronze.

The World Minigolf Sport Federation (WMF) is the umbrella organization of 57 Minigolf sports association’s worldwide with continental associations in Africa, America, Asia, Europe and Oceania. There are more than 38,000 competitive minigolf players registered with the WMF via the 57 member nations, with 900-plus clubs between them. Over 1,000 courses are approved for official competitions and around 1,500 minigolf tournaments held each year.

WMF Sport For All Committee 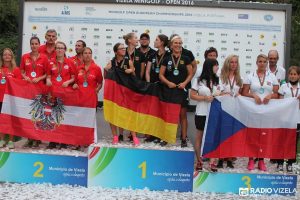 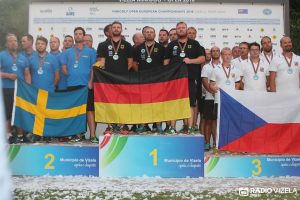 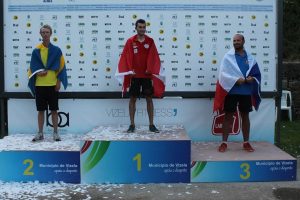 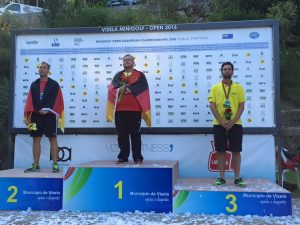 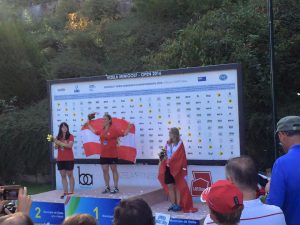