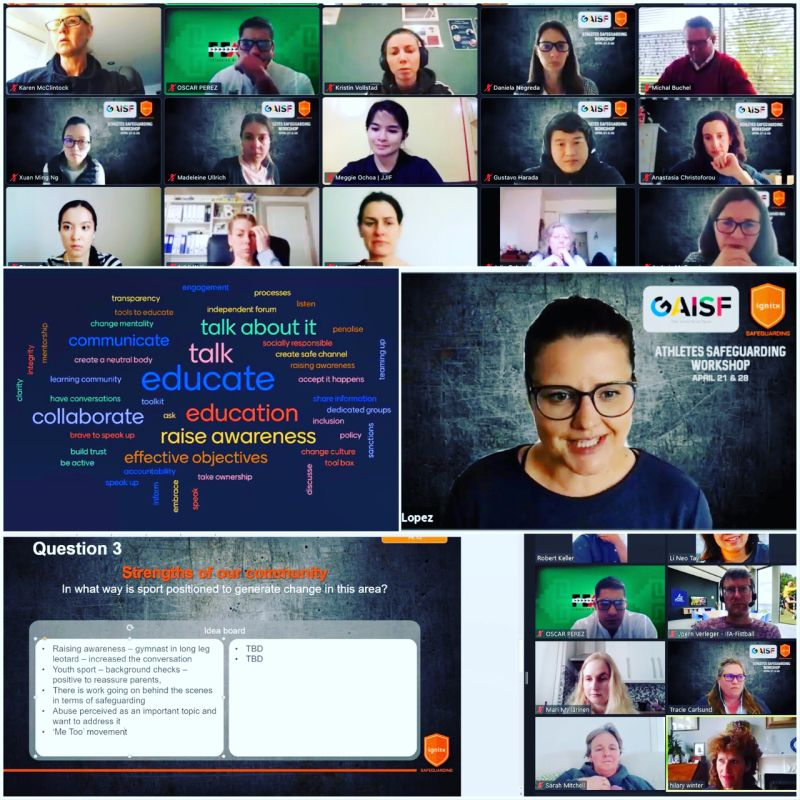 The workshops, which were delivered by specialised consultancy and project delivery company IGNITX, were held on 21 and 28 April 2021. A total of 79 people from 42 organisations attended the two Safeguarding Workshops, of which the majority were from the Association of IOC Recognised International Sport Federations (ARISF) and Alliance of Independent recognised Members of Sport (AIMS).

In the first workshop, participants were able to consider and discuss the concept of environmental risks and risk factors which exist within sports communities. These discussions were then built upon during the second workshop as participants were tasked with identifying the top three issues within their own communities and suggesting practical strategies that could be implemented to mitigate these risks and create a safe, inclusive sports environment.

“GAISF is committed to providing an invaluable service to its Members, and workshops on important issues such as safeguarding in sport is just one of many key areas we target. It was encouraging to see the active participation of all participants during these workshops, and I have no doubt that this will support the excellent work the IOC is already doing to help protect athletes against all forms of harassment and abuse in sport.“