In total, 56 competitors took to the lanes in Yokohama from 8 countries including China, Chinese Taipei, Finland, Germany, India, Japan, Sweden and Vietnam. Members from Korea and Iran were in attendance for the Delegate Conference that preceded the tournament but did not compete. Rain and wind hit the first day of competition but players and officials toughed it out and 8 rounds for the individual categories were played.

In the Asian Championships, the home Japanese dominated as they won all of the categories except the female youth. Hisato Kondo won the male division by 3 strokes, shooting a 202 over the 8 rounds. All 3 strokes were made in the final round as he went tied into round 8 with Fuminori Itoh. The margin for victory in the female division was much larger as Yuki Koshimura dominated and won by 15 strokes, shooting a 230. This was in part due to a stellar 22 in the last round, one of the best scores of the weekend.

One of the stars of the tournament is 5-year-old Keiichi Kondo from Japan who shot rounds of 36 and 41 in the first day of competition, and continued to shoot well the rest of the tournament including a score of 29. His total of 293 was good enough for second place in the male youth division, losing to Yuta Kakizoe of Japan who shot a 271. The female youth division was the only top spot where Taiwan broke the Japanese dominance, as Wei-an Tang shot a 239 to take the win.

In the Open Asian Championships the Germans swept the male podium as their sub-200 scores were too good for the top Japanese players. Achim Braungartzink took the overall title with a 174, without a single red round during the tournament. This also propelled Germany to the overall team title, shooting a 381 over the four round team tournament. In the female division, Sandra Walker of Finland shot a 184 and won by 8 strokes. 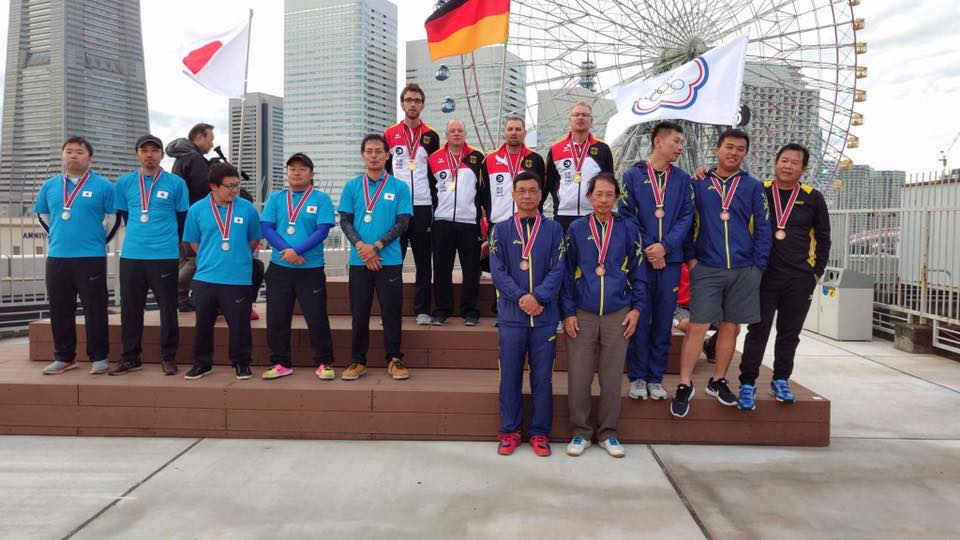 Pasi Aho, the WMF Sport Director, remarked that the championship had “excellent atmosphere, great sportsmanship and friendship among participants.”

The World Minigolf Sport Federation (WMF) is the umbrella organization of 62 Minigolf sports association’s worldwide with continental associations in Africa, America, Asia, Europe and Oceania. There are more than 38,000 competitive minigolf players registered with the WMF via the 62 member nations, with 900-plus clubs between them. Over 1,000 courses are approved for official competitions and around 1,500 minigolf tournaments held each year. 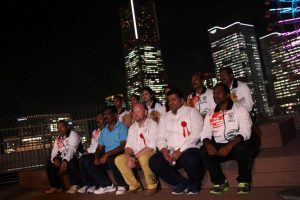 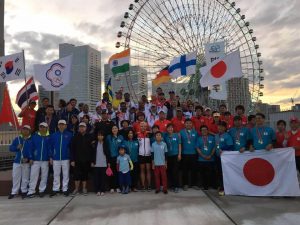